*Note: This article was written by Catalina Righter and published in the Carroll County Times on Oct 8, 2018. 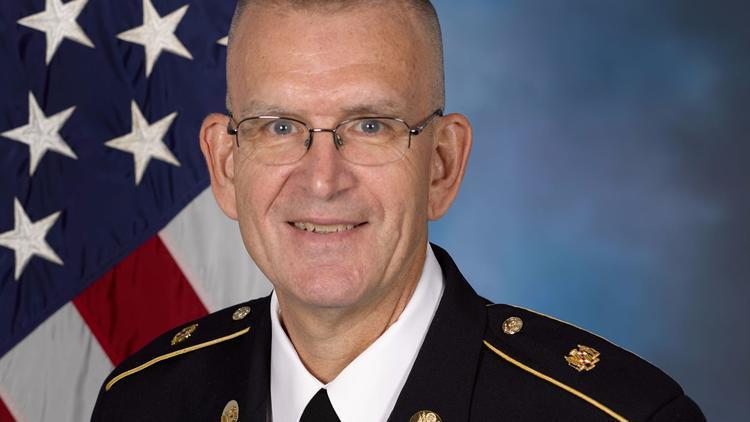 Though he lives in Westminster, Command Sgt. Maj. Thomas Beyard was recognized by the local government in a city halfway around the world. Beyard, who is the Senior Enlisted Leader of the Maryland National Guard has been visiting Estonia since 2000. In 2002, the city of Westminster became the sister city of Paide, Estonia sparking a partnership that has become more than symbolic.

On Sept. 30, Paide’s city government awarded Beyard the coat of arms decoration during the city’s 727th birthday celebration. Beyard said the award was “quite a surprise” to him because the partnership between cities has been going for several years. “I don’t want you to think it’s just me. It’s not...I’ve just been the one out front,” he said.

Audrey Cimino, executive director of the Community Foundation of Carroll County, said Beyard has been "in the middle of this right from the get go.” “The guy is kind of quiet, but if you want something to happen and you get him working on it, it's going to happen,” she said. “"It has been over time the best exchange program of all of the sister cities in Maryland.”

The Community Foundation maintains a fund for the Paide-Westminter Exchange to ensure that it remains funded without relying on Westminster’s budget. Beyard was disappointed not to attend the ceremony in person, but he recorded a video to accept the award from afar. Half is in English and half in Estonian.

He describes his Estonian language skills as conversational, so to make sure the pronunciation was correct, he recorded himself speaking and sent it to Estonian friends for feedback. Only about a million people in the world speak Estonian, and most Estonians are multi-lingual, he said. The next cultural exchanges between Paide and Westminster will be between tech-minded students. In November, Estonian students are planned to compete virtually in Westminster-based Mid-Atlantic Gigabit Innovation Collaboratory, Inc., (MAGIC)’s Capture the Flag cybersecurity competition. 2017 was the first year a remote group joined the competition, as students from Wilson, North Carolina tuned in to compete in the ethical hacking and cybersecutiry puzzle competition.

“Estonia is a global leader in cybersecurity,” said MAGIC Executive Director Amy Rupp. “Having representation from Paide at MAGIC's Capture the Flag cybersecurity competition is a logical next step to further strengthen Westminster's partnership with Paide. Estonia will learn more about our gigabit fiber network, and young people from both countries will work together developing cybersecurity skills essential for the defense of both countries.” Over the years, Beyard estimates there have been dozens of exchanges.

Reply DLkBrons
2:58 AM on January 29, 2019
Missing dll from your personal computer? Error on loading Pubg? Website founddll.com can fix it! Download your missing dll from http://founddll.com/wldap32-dll/ page. Fix your error now!

Reply Propecia
8:43 AM on September 6, 2021
Amoxicillin Online No Prescription Canada